‘Parco del Sole’ is a wildlife park that spreads out on a “route” of about 4 km all along a river. There are about 300 species, and you can find a full series of services (bar and dining area, games area, football field, volley field, bowls field, picnic area) that will allow you to spend relaxing hours with the family.  The park is situated just off the E45 south of Deruta, which is approximately a 40 minute drive from Alsagra.  Parco del sole 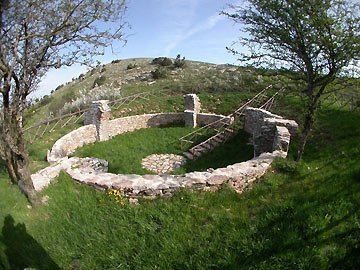 Immediately from the apartments there are lots of walks to do, Stroll along to the Etruscan Tomb of the Beeches (Tomba del Faggeto). The tomb, which was named after the stunning Beech trees which surround it, was discovered in 1919 by a group of woodcutters. Two parallel walls lead the way to the entrance to the tomb which is characterized by a double door made from a slab of sandstone which pivots thanks to hinges fixed on the architrave and ceiling.

Alternatively amble to see the ruined ‘Lucrezia Borgia tower’. Lucrezia Borgia (April 18, 1480 – June 24, 1519) was the daughter of Rodrigo Borgia, the powerful Renaissance Valencian who later became Pope Alexander VI, and Vannozza dei Cattanei. Lucrezia’s family later came to epitomize the ruthless Machiavellian politics and sexual corruption alleged to be characteristic of the Renaissance Papacy. Lucrezia was cast as a femme fatale, a role she has been portrayed as in many artworks, novels, and films.

There is also Monte Tezio National Park immediately opposite the apartments. At the top there are wonderful views over to the lake and Perugia. It will take approx. 2 hours to get to the summit and return but is well worth it.

“Citta della dominica” is an amusement park for children and adults (40 hectares with zoological itineraries and children attractions) located on the top of a hill not far from Perugia city center. Some of the attractions: the little train, the stone monsters, the big zoo, the horse riding, the Sleeping Beauty’s castle, the labyrinth. “La Fattoria” (the farm) has been recently restructured and draws students from elementary and primary schools to new and instructive experiences, such as courses on: the milking of a cow, characteristics of horses, transformation from milk to cheese, sheep-shearing and birds of prey in flight. The Ancient Works laboratories (blacksmith, basket maker and potter) give a taste of hand-crafted manufacturing not often practiced in this day. A horse track offers the possibility to take a ride on docile Haflinger horses, guided by an expert instructor. Services include: Bar, restaurant and self-service, equipped nursery area and free hiring of baby carriages.   Citta Della Dominica 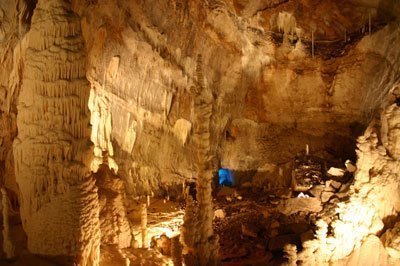 The caves are open all year round and a visit can last approx 1 hour. The caves consist of an immense cavern and a series of large chambers, tunnels, wells and labyrinths which snake for 13 kms. Stalactites have been formed that over the passage of thousands of years, have entwined themselves to create stunning reflections on the surface of the water, and take on bizarre shapes.  The caves are approx. one hours drive from Alsagra.  Frasassi Caves 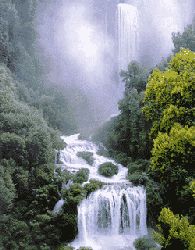 There are some beautiful waterfalls just near Terni (60 mins away).  The Marmore Falls, extolled during the centuries for its beauty, appears like a roaming water column distributed on three drops. Wrapping the flora in a cloud of white foam , cover a different in high of 165 metres. They are not open every day so you need to check for opening times. Marmore Falls

Any chocolate lovers can take a trip to the nearby Perugina factory in San Sisto, visit the museum and take a guided tour of the factory, you even get to sample chocolates included in the entry fee.  This is real factory tour and is not as ‘commercial’ as  Cadbury World.  Perugina Tours 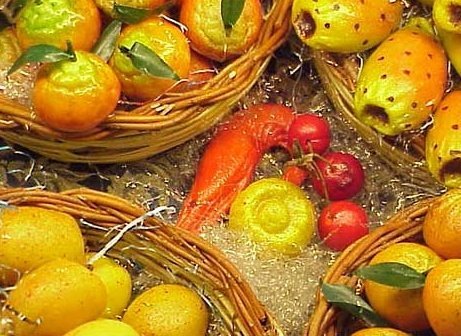 We can arrange cooking classes for all the family with our local Italian teachers.  They can cater for all the family and can do special childrens classes.  Cooking classes take place in a local elegant Italian home, which is on a hillside with ancient olive groves and views of the Umbrian countryside.  You could even leave your children in their care while you get to tour other areas of Umbria or have a relaxing day away. 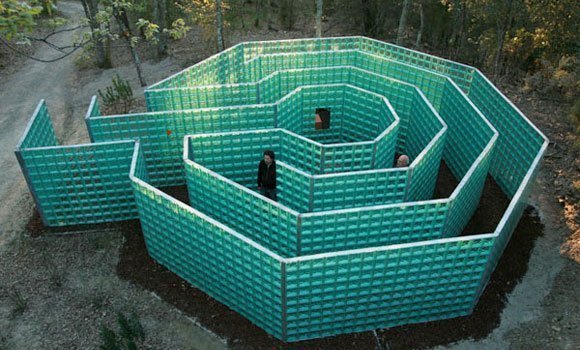 The Chianti sculpture park at Pievasciata, 10kms from Siena  is a woodland trial with a permanent exhibition of 26 works of art hidden amongst the trees.  Artists from all round the world have contributed their works to the park to create a dynamic and diverse spectacle.

In a maze, a rainbow, a huge shell and more children’s imagination will roam free.  Surrounded by the typical Tuscan landscape parents and children can enjoy a stroll between nature and art!   The park is suitable for people of all ages and involves walking along a path about a kilometre, the path is suitable for both a pushchair or wheelchair.